Out of the Mouths of Babes

However, as my mother has been kind enough to point out to me in the past, when you’re the mother you can’t quit.

I spent all afternoon writing two pieces, one of them a new blog post. Which I promptly dragged to the trash and emptied. Permanently.

The next logical step was bursting into tears. Which I promptly did.

When you hold that little baby in your arms, you have no idea of the words he or she will say to you down the road…such as “We’re stranded in Denmark.”

Over the weekend, Erik and his girlfriend, Morgan, went to Copenhagen. As I write this, a huge snowstorm has stranded them in a town ‘a piece’ from the village where the ferries dock. The road to the village is impassable, the ferries aren’t running nor are the buses. A train derailed yesterday because of the snow. 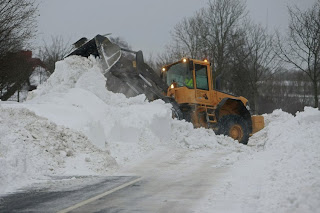 And I sobbed over ‘spilt milk,’ or rather lost words.

But not really, which both my older son and I understand. He’s a lot like me, that one. He handles the big things with aplomb, but minutiae such as a coffeemaker not working, frustrates. In a handful of years, he’s handled travel problems that would turn my hair gray…if it wasn’t already. The best word to describe his wonderful girlfriend is ‘plucky.’ They still like each other, even after wading through snow up to her waist to get to a bus to get to a hotel, when the buses were still running.

He’s uber resourceful, like his father. They’ll make it back to Germany, then to the States. I intend to hide his passport when he returns home, however….

Fortunately, for comic relief, I have Erik’s younger brother. High school freshman Andrew and I have a tacit agreement that I won’t write about him unless absolutely necessary.

I said “But don’t you think he looks older than me?”

Andrew said “Yes, but he’s built differently than you” to give ol’ Laurence some slack.

Out of the mouths of babes.