Happy 21st Birthday to my firstborn 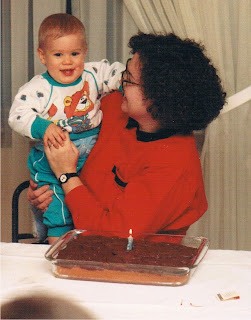 Last night I laid awake pondering everything I need to do to meet work deadlines. Fortunately a marathon baking session on the weekend took care of the last of the big holiday prep. But I wanted to make time to write a birthday blog post about older son, Erik. He’s studying abroad in Seoul, South Korea and turned 21 today in his time zone.

Lying in bed I imagined the low tones of Garrison Keillor intoning, “It was a quiet week in Lake Wobegone” resonating in my swirling thoughts.

Except it hasn’t been a quiet anything here on the prairie with time for reflection and musings. I went back and read what I penned two years ago, which struck me as a lovely paen to a son’s birthday along with being a thoughtful essay on children growing up.

This year he’s just getting cash.

But I still feel I would be remiss if I didn’t at least note this milestone birthday. A little more than two years ago, I started blogging for a variety of reasons, including writing about holding on and letting go of children, facing a new decade, and switching to writing fulltime.

Ironically the busier I get as a writer, the less time I have to write. That’s a good thing. But I do miss mulling and musing.

On the other hand, I’ve come a long way in the holding on and letting go department. The death this week of North Korean leader Kim Jong Il didn’t send me into paroxysms of inner turmoil because I have a child in South Korea. Erik and his father talk U.S. and world politics; I prefer to handle the more mundane topics.

At six a.m., Seoul time, late afternoon prairie time, Erik called just to chat. I wished him a happy birthday and before we hung up, asked him if he needed anything. He said maybe thirty dollars for food money when he hits the San Francisco and Denver legs on the long trip home. I told him I’d have his father deposit fifty. I also like to handle another ‘m’ word: money. 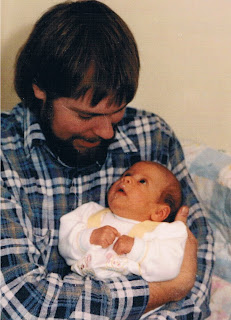 This is the child who left home at 16 to be a foreign exchange student in Germany. Now that his younger brother, Andrew, is driving, I marvel we let Erik drive cross-country at age 17 in an aging Honda Civic with 200,000 miles on it and no air conditioner. Andrew could do it, but I don’t think I could stand the worry the second time around.

But of course I could and would. When it’s time for the chicks to fly the nest, and the timing is different for each son or daughter, I know to step back and enjoy the beauty of the flight. This doesn’t mean it’s not difficult, but it does mean we did our job as parents right.

Later this week, Erik will be winging his way home for a short duration. I want to wish this son, born in record cold in Arizona 21 years ago, a happy birthday.

Sometimes I marvel how I can remember each detail of that day snow dusted the cacti and can’t remember yesterday. But I think that’s why parents can let go and yet hold on.

Memories don’t leave us, even when our children do.