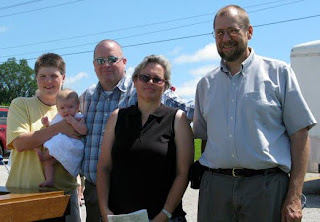 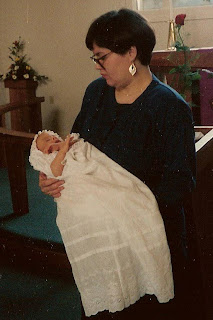 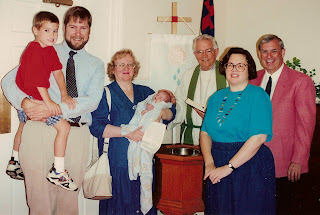 Sometimes there’s no holding on or letting go, just holding.

A holding pattern is just that…a stasis that won’t let you move forward or backward. The flow of life stops until it doesn’t.

When that moment comes, good or bad, evil or well-intentioned, life goes on.

As young marrieds we called it ‘wait and see.’

We loathed ‘wait and see.’

Later, we’d repeat the phrase to our children as the answer to any number of questions: “Can I go to so and so’s house?” “Can we get X, Y or Z?” “Will there be a happy ending?” And the list goes on.

My husband’s favorite expression is “Proceed as the way opens.”

His, and my, least favorite?

Posted by Pam Andrews Hanson at 1:10 PM No comments:

Home is where the heart is 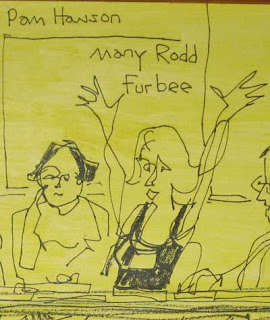 Earlier this week, my husband and I returned from our sojourn from the prairie to the Appalachians. I went back to the best little writers’ conference around, the West Virginia Writers, Inc. annual conference held in the southeastern portion of that state at Cedar Lakes.

My husband met his friend Matt, a Lutheran minister, when we arrived and they motorcycled on the Blue Ridge Parkway to Cherokee, North Carolina. They met up with other friends in Pigeon Forge, Tennessee.

In just over three weeks my husband has gone nearly 5500 miles, via car and motorcycle. From Salt Lake City to Dolly Parton’s domain, my spouse has already covered enough miles to have criss-crossed the country, from San Diego to Jacksonville, Florida.

My journey was shorter in distance but longer emotionally. This was my 8th summer at Cedar Lakes Conference Center, near Ripley, WV. I’ve written before how my friend, the late Mary Rodd Furbee, persuaded me to go with her that first time. When my husband and I crossed the Ohio River just last week, I was transported back to the return trip Mary and I made that first summer. We were chatting so much about exciting writing projects that we took a wrong turn somewhere and came upon that very same bridge. She and I made it home, but her time there was so short it makes me ache all over again for her and her loved ones.

The final night of the conference was bittersweet. Another friend who died too young this spring was honored for her writing. I wept and sniffled into my napkin.

Earlier that evening my eldest son, Erik, was awarded an honorable mention for a short story in the annual contest the organization sponsors every year. This is the child who professed for years not to like to write... until this year when the ‘bug’ hit him, and he has amazed me with his output and his burgeoning talent.

The time spent with old and new friends slipped by too quickly, especially since my night owl habits have flown the coop. Is that mixing my bird metaphors? Saying goodbye was one of the hardest things I’ve ever had to do.

On the way home, we briefly saw Erik, his adorable girlfriend, Morgan, and his friend Alex, an amazing artist who just finished his freshman year at Rhode Island School of Design. Erik is in Morgantown this summer spending time with Morgan and his friends, doing an internship at the WVU Press, and taking an on-line summer school class. It was strange to say goodbye to him in a Bob Evans in Parkersburg, WV. But he’ll be home in August, and West Virginia is not northern Germany.

And it was time to get home to Andrew and my mom, who got along swimmingly until the day we were due home. “I think we’re getting on each other’s nerves,” he told me.

Dorothy Gale intones my favorite movie line of all time when she lands smack dab back in Kansas: “There’s no place like home,” she tells the confused loved ones gathered around her now sepia-toned bedroom.

But here’s the thing about home. You can carry a little piece of your loved ones around in your heart, no matter where you lay your head.