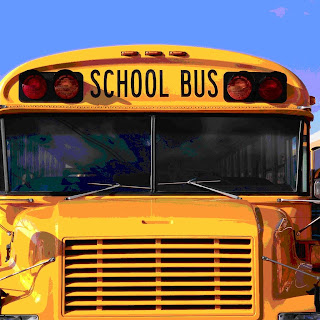 On Sunday night I started writing a ‘back to school’ blog post – which I’ve yet to post let alone finish.

With my younger son entering his next-to-last year of high school and the older one heading to South Korea soon to study before his final semester of college, writing about ‘holding on and letting go’ seems apropos.

After all, Erik was only 16 – the age Andrew is now – when he sojourned to Germany on a foreign exchange student program.

It’s hard to believe it was only four years ago we dropped Erik off at an elegant Washington, DC hotel after touring the Lincoln Memorial, the then-new World War II memorial, and ‘the Wall.’

I probably fled that hotel as fast as earthquake evacuees did from various buildings yesterday, wanting to be back in the car before the flood of tears began.

Today my niece Kasey, Erik’s birthday twin, started kindergarten. On Erik’s first day of kindergarten, I put him on the bus without shedding a tear. Ditto Andrew, who this year drives to school. Sometimes I miss Crazy Louie, the bus driver who scrawled my phone number next to his seat so he could call me if he couldn’t get up our hill in snowy, icy West Virginia winters. When that happened I led the children at the bus stop down the street to be picked up.

Early Monday morning when we drop Erik at the airport for the first leg of his journey, I don’t think I’ll cry. When he graduates from college, I probably will. And when commencement rolls around for Andrew, no doubt I’ll bawl like a baby.

But I won’t be crying because we failed in our job as parents: to hold on as tight as we can then let them go.