Things I have learned being home alone for the first time in forever: 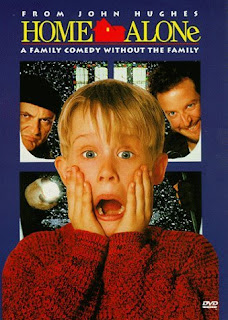 I’ve had lots of ‘thoughts’ about things to write about, topics near and dear to my heart and my original intent when I started blogging, but nothing really resonated with me that I hadn’t already touched on before.

Kearney High School’s graduation ceremony was last weekend, and friends launched their children into the world. Having been there and done that without the benefit of pomp and circumstance, I see no reason to rehash the unconventional story of my firstborn, Erik.

He starts his junior year of college in the fall. Andrew, his younger brother, is finishing up his first year of high school even as I type.

Whoa. But covered that ground too.

Thirty-five years ago I was finishing up my first year of high school in Sault Ste. Marie, located along the Michigan/Canada border. My summer job at Dairy Queen was all lined up, for the princely sum of $1.40 an hour. I can still make a mean swirl cone, as I demonstrated at a soft serve ice cream bar graduation party we went to last weekend. It was a lovely reception, as was another one we attended.

The custom here is to display a graduating senior’s memorabilia. I started to panic, being the uptight planner that I am, because I tossed a LOT of stuff when we moved here two years ago. True, I have file folders filled with some mementoes. However, instead of making it into the filing cabinet, most items ended up scattered around my home office. Balancing working fulltime, writing, parenting, volunteering, wife-ing (not very well at times) and daughter-ing (not very well at times) simply did not leave much time for careful organization of all the important keepsakes.

As last weekend waned, I said to Andrew that I wish I’d saved the laminated ‘good job’ monthly certificates his kindergarten teacher passed out if there were no ‘yellow’ or ‘red’ lights. I wistfully reminisced about one heralding an ‘Awesome April’ at North Elementary School in Morgantown, West Virginia.

So we went down to one of my filing cabinets and rummaged through all the folders dealing with writing-related things. In a faded yellow folder marked ‘Andrew’ I found one laminated certificated presented all those years ago to my now six-foot-tall soon-to-be-15-year-old: “Awesome April.”

Sometimes when you have to let go, you hold onto the most important things of all. 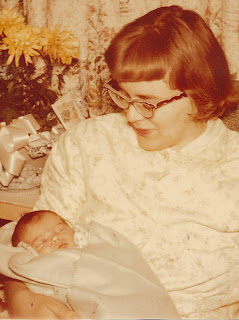 Happy Mother’s Day to all who mother. No job is more exhausting or more rewarding.

Today I give thanks for my wonderful sons and my own mother, who continues to be my role model, my champion, and my best friend.

My younger son, Andrew, posed an interesting question at brunch yesterday. He wanted to know what seemed stranger, that his older brother, Erik, was going to be a junior in college next year or that he himself was going to be a sophomore in high school in the fall.

After mulling for a minute, I told him what freaks me out most is his going off to college in three years. I vividly remember sending him off to the first day of kindergarten on Bus 209 piloted by Crazy Louie. I still miss Louie.

Yesterday afternoon I went to an honors recital at the university with my neighborhood walking buddy. On the way home she was lamenting the end of the elementary school years. Her son heads to middle school in August and her daughter enters high school.

Andrew is following the conventional route. My two sons are very different from each other, but they do share a common trait. Years ago their Aunt Mette, my husband’s younger-by-seven-years sister, was visiting.

“They certainly are relentless!” she said, exhausted after spending a couple days with her nephews.

They are indeed relentless, and goal-oriented…and the loves of my life.

Me, who is so good at letting go, is having a hard time envisioning the day when they both leave the nest…for good.

This week Erik heads out to spend the summer working and doing an internship in Morgantown, WV…where he ‘grew up.’ He’ll get to spend time with his wonderful girlfriend, Morgan, home from college. And he’ll be back to being on his own, something he excels at. It has been kind of nice to have him home for awhile.

In August, Erik will be home for that junior year of college. Andrew will start his sophomore year of high school the day after he turns 15.

As for me, I’m going to spend the summer writing, sitting on my deck sipping sugar-free lemonade, and wondering if I own a copy of Gail Sheehy’s book.