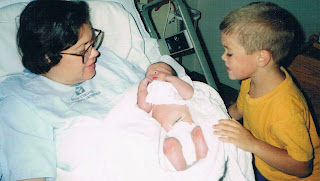 Besides my weight, the only (trivial) thing I obsess about is my hair, which I’m in the process of growing out for the –nth time. My current coif resembles the ‘do I sported when I gave birth to my second son -- who will be a senior in high school next year – with considerably more gray. Length just below the ears, flat and rounded at the same time, and no idea when I had my last haircut.

Unfortunately my hair doesn’t seem to be growing down. Instead it’s tufting out.

This, according to an article in the current issue of More Magazine, is due to the ‘50s’…not the Bill Haley Rock Around the clock decade but the age span that apparently is hardest on a woman’s hair. Blame menopause the magazine advises. I say blame being the mother of a teenager….

Whatever the cause, follicles are supposed to settle down in the 60s… shades of the Age of Aquarius….

Meanwhile, what am I supposed to do? A trip to my amazing stylist would solve a lot of problems, but I’m afraid I’d plead with her to cut it all off…been there, done that off and on since the 80s.

All I want is a sleek, swingy chin-length bob or lob or whatever it’s being called these days. Instead I have the same hairdo I did in hospital shots from 1995 after 25 plus hours of labor. 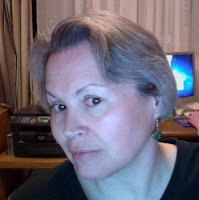 In the YMCA pool during an aqua fitness class I plead with my friend/hairstylist for help. Sans scissors in the chlorinated depths, she works out a time I can come see her for some follicle ‘shaping.’

A day later I’m less helmet-headed and back on track. With summer approaching (and record highs in our Midwestern spring), I’m enviously looking at New Wave/Punk/Pixie cuts – but resisting.

Maybe when the next decade rolls around and a whole lotta pounds roll off.

Now, to quote Nora Ephron, “I feel bad about my neck.”