In the three months since Erik’s been in Germany, I’ve gained ten pounds. Now granted, most of that I put on in the last two weeks stuffing my chubby little face with Christmas cookies. I’m pretty decent at the ‘letting go’ part of ‘holding on and letting’ go…except for the part where I eat like I’m pregnant when he’s gone.

This happened the last time Erik went overseas. Through sheer determination I’d finally taken off the ‘baby weight’ from Erik’s little brother, Andrew. Of course that ‘baby’ was ten by then, but hey….

However, the pounds started to creep (gallop) back on while Erik was away. Then a cross-country move added to my weight gain. But last spring what I think was swine flu and a resurgence of asthma killed my appetite and jumpstarted my diet. I was optimistic in the summer that I was headed down, but before I could ‘own’ the new numbers….

Up I went again.

My goal had been to be down a sensible ten by fifty (yes, I promised no more fifty talk but this is really about another ‘F’ word, fat, so please bear with me). Instead I’m up ten.

Before Christmas, I plunked down forty bucks and registered for our local YMCA’s ‘2010 Fitness Challenge.’ You pick your own goal, whether it be ten pounds or 10,000 steps in ten weeks. Monday night is the first meeting, and participants get a packet, free t-shirt and pedometer. Plus you’re eligible for weekly prizes and a grand prize.

I love exercise. Also, I love to eat, especially when I’m stressed.

Early on Christmas Eve here on the prairie and much later a continent away in a depressed city in the old East Germany, Erik and I video chatted via Skype. So intent was he on getting ready for a post-Christmas trip to London to meet his girlfriend, he wasn't even aware it was Dec. 24th. His cupboard was nearly bare save for an egg or two and some pasta. He’d gone out to buy groceries and the only place open was a gas station, where he got what I will forever refer to as ‘gas station bread.’ 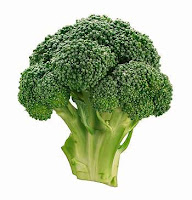 This mother’s heart was breaking…over food or lack therof. So of course I ate double later that night to fill my void.

Erik of course was fine. He left early for the train station so he could get breakfast. And it should be noted that he’s already a fine, resourceful cook, unlike his mother but very much like his father.

Unless I can lose 15 pounds in ten weeks….Auf Wiedersehen Christmas cookies, hello broccoli….