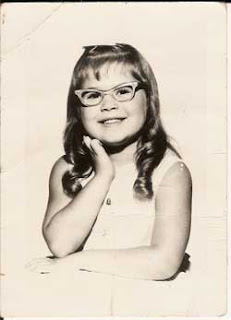 Recently my mother and younger son helpfully pointed out that technically I already am since I’m closing out my 50th year. It’s a polite way of telling me to quit moanin’ and groanin’ and move on.

My three-months-younger-than-me husband is looking forward to the next decade because his forties tried to, if not kill, at least severely maim him.

A diabetes diagnosis, a big chunk of melanoma and an oddball case of cholesterol-drug-induced hepatitis that exacerbated the diabetes and tromped on his liver all paid calls.

The only casualty of my forties?

In addition to being the smart one, my husband is also not the shallow one. That title belongs to moi.

In pulling out pictures for my ‘special’ birthday blog, I noticed something disconcerting: I have basically the same haircut on my 20th, 30th, and 40th (except for the addition of bangs and even chubbier cheeks) birthdays. This year will be no different, except for the amount of silver.

Now, mind you, over the years I have had perms (good and bad), bobs and even shoulder-length hair.

There was even the unfortunate incident of January 1997 when my foray into Lady Clairol’s ‘Hibiscus’ resulted in purple tips in my short coal black hair instead of the all-over auburn I was hoping for.

Is it any wonder I’ve chosen to go gray?