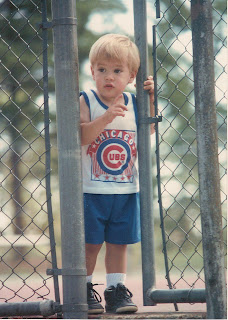 As a child the words filled me with glee: Snow Day!

As the mother of two school-age children, for many years the words filled me with incredulity. Not another snow day!

Today’s snow day found my husband and me crunching along the back way to the YMCA to get some exercise. The place, slated to close mid-morning, was fairly empty.

As I walked around the track, the strains of Andrea Zonn’s Galilee Road

wafting through my ears, I glanced down at the gymnasium floor. Childcare providers were riding herd on a passel of pre-schoolers. One girl had a tow headed little boy perched on her hip. Her stance was so achingly familiar to the way I held my boys, to the way all mothers seem to stand when their children are that age.

Only the fact I had one ratty Kleenex prevented me from bursting into tears.

I don’t miss my children being little. Really, I don’t. I relish their independence and self-reliance. This week I’ve had several conversations via Skype with my older son, Erik, about his potential plans for next summer.

I found myself repeating over and over, “I don’t care what you do,” then adding “You know what I mean.”

He reassures me each time that he does know what I mean.

Maybe that’s what nearly had me scrounging for tissues this morning. My flaxen-haired serious toddler has grown into a world traveler, is in love with a wonderful girl, and likes talking potential graduate schools and urban planning issues with his father.

When I say I don’t care, my son knows it really means “I trust you.”