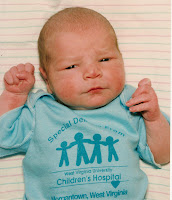 It seems like only yesterday husband, younger son and his grandma and I were sitting around the dinner table talking about how many days til the end of the school year.

But it wasn’t yesterday, it was mid-May. Suddenly mid-August has rolled into town, offering a reprieve from the blistering 90-degree heat just in time for the start of school tomorrow.

My younger son, Andrew, was conveniently born 15 years ago today, his birth allowing his father to miss an all-day faculty retreat. I was glad at the time baby and I could accommodate him.

Tomorrow said son starts his sophomore year of high school. Thirty-five years ago I was a sophomore in high school. Today in the frozen yogurt shop I experienced a moment of sheer horror. It dawned on me I was closer in age to the elderly gray-haired couple at the counter than I was to the two sweet girls who looked like they could be Andrew’s classmates. 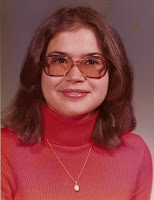 As I scrutinize my neck (a la Nora Ephron) for loss of elasticity and peer under my eyes at the fine lines staring to web out (apparently visible only to me, according to my husband, but there nevertheless!), it has occurred to me I’m missing the point.

Time marches on. We wouldn’t want it not to. I’m think I’ve forgotten my central theme here, that of holding on and letting go.

That doesn’t mean we have to become stodgy. Some of the most youthful people I’ve ever known have numbered many in years. Conversely, I’ve know those younger than me whose attitudes were ancient.

We have to treasure each moment and turn a myopic eye to the mirror.