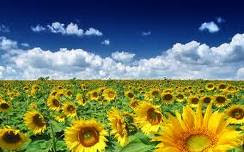 All week I’ve looked high and low (well, the Google search engine equivalent) for just the right poem, quote, or even song lyric about the end of summer and the advent of autumn.

Yes, I know fall doesn’t ‘officially’ start until September 23rd this year. But c’mon, don’t we all mentally shift seasonal gears when Labor Day rolls around?

It seems like only yesterday, or last week at least, that my younger son and I were sitting around the dinner table talking about the end of school. Actually, it was mid-May, and summer loomed full of promise and possibilities.

After a brutal winter and blustery spring here on the prairie, we were all ready for summer. And our weather was nothing compared to the conditions that socked the mid-Atlantic and Eastern seaboard regions. Those were Mike Tyson-esque punches that kept on pummeling. Like all years, 2010 so far has been rife with highs and lows.

I won’t go into the lows because I’m trying to veer from my usual more maudlin ‘fare’ and write a humorous funny blog about saying ‘so long, summer.’

But one thing I learned all the years my mother and I wrote romantic comedy for Harlequin, is that true humor requires pathos to balance it out...just like life.

Crying over the bad and laughing at the good sometimes morphs into tears of laughter and smiles of sadness.

In bidding adieu to August, I’m reflecting on the highs and lows of the season about to pass…even if not officially.

Saying at least nobody died does a bit of a disservice to June and her sisters, July and August. But after a sad winter, I tend to categorize things that way.

This summer did have Herculean highs, along with several tail-dragging lows. But isn’t every season like that? Isn’t that what life is all about?

We cherish the good times and mourn the bad, and life moves forward.