Holding on and having trouble letting go… 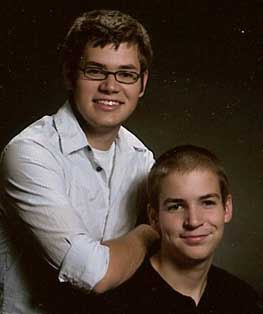 For three plus months I’ve been rising at 5:10 a.m. to head to the YMCA for either Zumba (MW), Fit and Tone or Cardio/Tone (TTh) or step (Friday). This is in addition to walking on our home treadmill and, now that’s it’s nicer, outside.

The scale goes up and down more than an elevator in a high-rise building in Manhattan, but my t-shirts fit looser and this morning a svelte ectomorph seven years my senior asked me how much weight I’d lost and told me I looked good. (Bless you, Connie!) I also had a conversation with an absolutely stunning breast-cancer survivor ten years my senior who has spiky blond hair not-to-die-for and radiant skin. She voiced something I woke up thinking about: Was it our lot in life to be sore forever in exchange for slightly less flabby abdominal muscles?

Later today I was cataloging all the reasons I’m being so zealous about this fitness regimen, and one that came up was so I can be around to play with future grandchildren.

I’m an ‘old’ mother, having given birth to Erik just days shy of my 31st birthday. Andrew was born four months before I was 36. The docs categorized me as an 'above-average-age' mother so it stands to reason I’ll be an above-average-age grandmother. That’s my goal anyway!

But, you know, the minute I thought about that as a reason to get in shape, I actually thought ‘pooey.’

Not only am I not ready to be a grandmother, it’s finally hitting me hard that my children are growing up. Me, who blithely sent aforementioned Erik off to church camp for a week when he was just nine. Okay his grandmother and I did kind of freak at the primitive conditions, but since both of us think ‘roughing it’ is staying at a Holiday Inn, he was just fine.

I’m also the mother who, along with his father, dropped him off at a swanky Washington D.C. hotel three years ago this summer for his year-long scholarship trip to Germany as a high school exchange student. He was only sixteen.

He’s driven cross-country in his little red Honda Civic, which we’ve since sold. And he comes by this wanderlust honestly…perhaps I’ve mentioned his father once took a motorcycle trip to Ohio from West Virginia…via Buffalo, New York?

Younger brother Andrew is finishing up his freshman year in high school. Was it really that long ago that my friend Laure and I were waiting for bus driver Crazy Louie (I loved Louie…he had my phone number scratched on the interior next to his seat and would call me if he couldn’t get up our hill on snowy days so I could shepherd the kids down to the end of the street) to pick up Andrew and her youngest (her 4th) on the first day of kindergarten. Laure cheered, and I was pretty happy too. We’d exhausted the pre-school route, and it was time for all-day kindergarten.

In three years Andrew will head off to college. Three years. Thank heaven for my mother, who lives with us. No empty nest for us!

Am I a hypocrite because I have spent every waking moment of motherhood knowing it’s my job to help them leave the nest, and now that the time is fast approaching, I want to cling like every hover mother I’ve ever known?

No, I just think I’m a regular old mom, who’s rising with the roosters so she can someday keep up with her grandchildren.

And that’s okay by me.