Free to be…like everyone else? 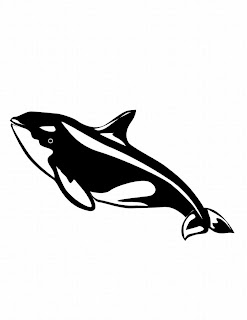 When my older son was young he had a best friend named Petey. Petey loved the movie Free Willy. He also loved hot dogs.

Erik liked neither to the point of what I feared was rudeness during play dates.

My son’s adamant stance against this movie (and hot dogs) didn’t seem to affect his friendship with Petey. But I still apologized to Petey’s mom just in case Erik’s independence bordered on impoliteness. She actually said to me she wished as an African American mother her son was more independent. What the teen years would bring concerned her.

I was on the verge of teendom when Free to Be…You and Me, was released, a record album and book featuring stories and songs performed by celebrities. The original message was both boys and girls could achieve anything.

When this phrase pops into my head, I think of it as meaning more. We should respect each other’s individuality, not disparage it. We can’t all like Free Willy (or hot dogs) and why should we?

Previously I’ve written about what a huge fan I am of our local YMCA and the great classes and instructors. A new type of workout is being offered at multiple times, and it’s extremely popular.

I don’t like it so I’m not doing it. It’s not the exertion that doesn’t appeal to me, it’s the preparation. Putting weights on bars is not my thing. Same with photography, make-up, accessorizing, and crafts.

During those pre-teen years my Grandma Rock, a prolific knitter, tried to teach me the art of twisting yarn on needles. She was far more successful with instructing me on playing Gin Rummy for nickels.

Those who like this new workout are usually quite polite when they ask me what I don’t like about it. Recently, though, someone I don’t know well asked me rather impolitely.

But it got me thinking about being free to be…me. I have no problem being a non-conformist. And in some areas I conform to the norm, though what that is I often wonder.

Parents spend so much time worrying about their children “following the crowd.” I actually had a friend once who confessed when she was a teenager she did jump off a bridge when everyone else did!

How can we, as parents, exhort our sons and daughters not to succumb to peer pressure when we send mixed messages our adult selves all have to like the same thing?

And I’m not just talking about a new exercise workout.

We can’t all like Free Willy. Or hot dogs.

Posted by Pam Andrews Hanson at 11:09 AM