Spring is in the air…or not? 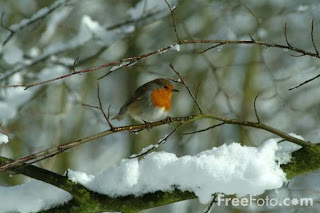 March is less than a week away, but it seems an eternity right now.

The mid-Atlantic region of the country got hit a lot harder than we did on the prairie this winter. But it started snowing in October here, completely bypassing fall.

At least my high schooler, Andrew, has only had a handful of snow days. In some areas of West Virginia, where we resided for 15 years, the kids have missed three weeks of school.

Facebook status updates announce gleefully that garbage pickup has finally resumed. I remember those days…watching the cans sit out pitifully at the side of the road, frozen solid into the snow.

It’s not even the lack of sunshine here. We get a lot more wintry blue sky than we ever did in the east, though not as much as in Flagstaff. The sun shone every day there, it seemed like. Except maybe the March when I was a new mom with a three-month-old baby, and it snowed 80 inches that month. Yes, eighty. Eight zero.

That’s a lot of snow.

I wasn’t deterred, however. I’d load Erik into his car seat and maneuver baby and seat into our tiny Chevy Sprint to go to a moms and tots group. Okay he was a little young, but the camaraderie was priceless. When Erik was two-and-a-half, we moved to Morgantown, West Virginia. It rained every single day that fall. Seriously. I used to take my little boy to the park in a drizzly mist, letting him shuffle through the sodden wood chips and hope we’d meet some other moms and tots.

The only other person I ever saw that autumn was a stay-at-home dad with two little boys in tow. When I suggested a play date, he looked like he’d been attacked by a giant anaconda. Apparently, co-ed play dates were verboten.

It was a miserable fall. Somehow Erik and I survived.

He has wonderful friends scattered to colleges near and far and overseas on gap-year adventures. I miss his friends and mine.

After a year and a half in Nebraska, I like the new friends I’ve made too.

One thing we all have in common, is we’re all sick of winter. No matter where we reside in the country, female or male, we’re all weary of winter.

And that, my dear friends, is comforting.