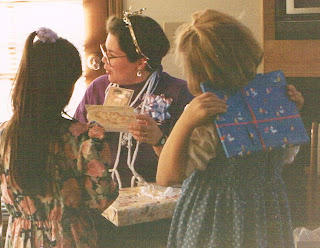 Groundhog Day is just around the corner, and I’ve yet to write a New Year’s post. December was all about DEADlines. The last time I blogged was on eldest son Erik’s 21st birthday on December 21. That was right before he flew home from studying abroad in South Korea. In less than a week he leaves on the first leg of his sojourn back to Seoul for the second term.

Erik spent the better part of this afternoon putting together a schedule and registering for classes. When I couldn’t give him a definitive explanation for why a class that meets for four hours a day is worth three credit hours, he was puzzled. After all I spent years teaching and advising at the university level.

I told him to ask his father.

Tonight his 16-year-old brother, Andrew, was looking at the general studies requirements for the major he’s interested in at the local university father teaches at.

This one knows better than to ask me questions on matters of academics, although in a previous ‘life’ I did have a few answers.

I don’t miss teaching and I really REALLY don’t miss advising, although I do still miss many of my students.

More than a few are parents themselves now, which kind of makes me feel like an honorary – aunt. Surely you didn’t think I was going to use the ‘G’ word?

I know all the rhetoric about age being a state of mind, you’re only as young as you feel, etc. but I ain’t buying it. When I was pregnant with Andrew, I was classified as being of ‘advanced maternal age.’ I was pushing 36.

Never, ever do I get baby fever…not even puppy fever. This morning Erik laid out the classifieds from the Omaha newspaper and circled the ad for the $500 Labradoodles (I have allergies). This same Erik is leaving the country for five more months then will finish up college and then venture out for parts known or unknown. No puppy passports right now. I told him if his father, who periodically lobbies for a dog, gives up his motorcycle I’d be happy to get us all a puppy.

Last weekend, though, a strange thing happened. Nostalgia for the baby years sideswiped me. Even though I had babies, I’m not a baby person. My husband is wonderful with babies, I’m skittish. I went to a couples baby shower for a delightful woman in my book group. The event was for two couples; the other mom-to-be was Erik’s children’s literature teacher last year and his minor advisor. She’s sweet and smart, and watching the joy on her husband’s face as he took his turn opening presents was worth the price of admission.

I, however, spent the rest of the weekend morbidly depressed. Former students having babies are one thing, former professors of my own son having first babies?

Intellectually I know my husband got his first assistant professor position at the tender age of 27, but were we ever really that young?

Over the years I’ve been to and hosted a multitude of baby showers – and never felt the urge to return to those rewarding exhausting times.

But for a fleeting moment on a mild January afternoon, I was transported back to those days of diapers (and diaper rash), onesies, and fleece.

The trip didn’t last very long. And for my children the adventure is just beginning.

But just to be on the safe side, I recycled the classifieds.