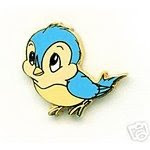 Note: I wrote the following a couple weeks ago, and nothing has changed. Kind of scary but kind of symmetrical?

I don’t know if I’d qualify this as a wonderful day, but I sure as shootin’ got nothin’ to say.

Now those who know and love, or at least tolerate me, are now rolling on the floor barely able to contain their peals of laughter…I’m sure.

Me, at a loss for words, is a rare thing indeed…the spoken or written kind.

My mother called me, affectionately and accurately, ‘satchel mouth’ when I was a child.

Contrary to this mom-labeled moniker, I can keep a secret. However, I also have never been very good at keeping my mouth shut.

It’s not that I’ve run out of things to say, I’m just takin’ a breather.

My deadlines are met, new exciting projects loom on the horizon, and as for holding on and letting go… here’s an update.

School is winding (or as my eldest says, crashing) down. My college professor husband is busy with end-of-the-year stuff. Older son Erik is finishing up his junior year of college and planning a study abroad in Korea next fall. At the tender age of 15, he first broached us with the idea of going to school overseas. Since then a lot has transpired. Now a German major and English minor, he’s blossomed into an excellent writer and is planning his future.

I said to him the other night, “I’ll miss you when you grow up and go away.”

His insightful response? “I don’t have to grow up to go away.”

His younger brother, Andrew, now 15 himself and finishing his sophomore year of high school, told me recently we’re entering into “uncharted territory.” I’ve never had an 11th grader before. Erik spent his junior year of high school in Germany. Then, as detailed previously in this space, he applied to college, dropped out of high school, got his GED, and went off to college a full year early.

Having a conventional child is indeed going to be a new experience, and I wouldn’t have it any other way with both of my sons.

In early June my husband and I head to West Virginia. I’ll be seeing old and dear friends at the West Virginia Writers’ Conference. Spouse will head south with a good friend to motorcycle. Also this summer, we’ll see much of our extended families, my mom and I will continue to write together, and thanks to Facebook I’ll continue to reconnect with friends from decades ago.

I guess for a girl who doesn’t have anything to say, I’ve managed to say a lot.