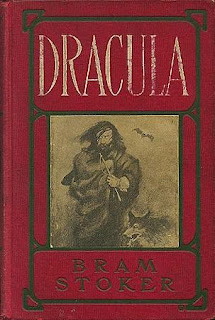 One of the best aspects of having poets for friends is being exposed to many different forms of the genre. List poems especially intrigue me. The poet itemizes something in a cohesive fashion, and the ending is significant.The structure of the words fairly sings. Originally what was going to follow was a list of random thoughts on July, but it wasn’t gonna be in tune.

As an aside, I went to one of those Facebook sites called “I Write Like” that checks what famous writer a person writes like by analyzing word choice and writing style and comparing them to those of famous writers. You paste in a sample of your writing so I ‘pasted’ in the first few paragraphs of my last blog post.

Bram Stoker. Yep, Dracula’s ‘daddy.’ Nuff said. Course my dh points out it’s my old-fashioned style. Tried another piece and got the bard…yes, that BARD…jolly olde England with the emphasis on OLDE.

Pretty much sums up July.

And I did have a pithy (okay, really pathetic) attempt at a list poem that started like this:

Fireworks flying forth, parachutes a dud

But I got sidetracked, which is just as well.

Think I’ll stick to prose and leave the poetry to the experts: the poets.

p.s. I just pasted in the first two graphs of this piece for analysis: H.P. Lovecraft.

Posted by Pam Andrews Hanson at 9:56 AM