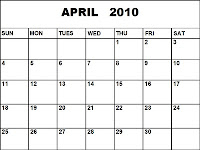 As I sit writing this on a lovely Sunday afternoon on the prairie (which two springs in a row has tried to suffocate me with allergies that trigger asthma), my husband is winging his way home from a conference in Reno, Nevada via Denver.

He’s been attending this particular conference of social scientists, mass communicators, et al for nigh onto 20 years.

It wasn’t until we moved east, however, that the conference ‘curse’ hit.

This year the curse has lain fairly dormant, though the hot water heater is acting funky and my husband nearly got bumped from his flight with a possibility of not flying in until tomorrow morning.

Nine years ago my husband came home from the April conference, also in Reno that year, sicker than a dog. Soon after he was diagnosed with adult-onset diabetes.

Subsequent springs brought a bout of raw sewage on the back patio of our old house, the death of my dear friend Mary Rodd Furbee (sister of my darling friend Susan Case), and more health scares for my spouse.

I called my husband in tears that horrible April of 2004 when 49-year-old Mary, our work colleague and friend, died. He’d rented a motorcycle and was out riding in the snow in Utah, where the meetings were held that year. He flew home early, sick again. Very sick.

He had hepatitis, and the doctor ordered tests for Hepatitis A because of concerns about his traveling. All of us in the family were tested: my mom, my sons, and me.

Eventually, hepatitis A to Z (if such a thing exists) were ruled out. We made numerous trips to the amazing infectious disease specialist. I exaggerate, but he was tested for hepatitis you only get from crocodiles in the Nile.

Meanwhile, he kept getting sicker and sicker, dropping weight, his diabetes getting worse. Throughout it all he never let up from his demanding job.

I thought he was going to die.

He wasn’t. It turns out he had pharmacological-induced hepatitis, caused by the change in cholesterol medicine that our insurance dictated.

His pancreas did fail around the same time… and he ‘morphed’ from a Type 2 diabetic to a hybrid Type 1. The hepatitis may or may not have contributed to this.

I know there’s no curse… just the everyday realities of living. The good, the bad, and the annoying.

But I’m gonna be awfully happy to see him walk through that door… like he has so many times before.

Labels: in sickness and in health